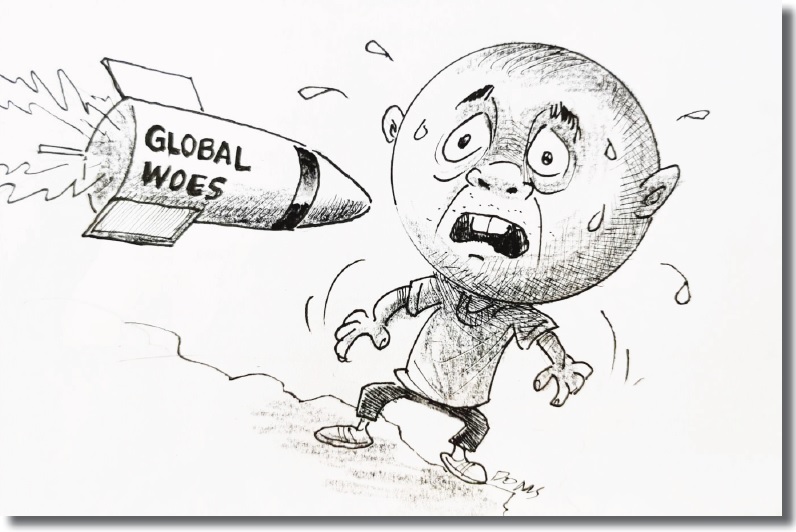 Fires on remnant tropical forests, thousands of dead marine creatures washed ashore, former mountains of snow now totally melted, oceans of trash now invading land areas, killer viruses on the rise, nuclear warfare threatening human civilizations—all these are forming part of our daily headlines nowadays.
Where is this world headed to? Come 2030, or fifty years from now, what kind of world do we expect to have given these current trends? Are we in for a better future, or for the worst? Why are we grappling with so much troubles? If the world is at the brink of massive collapse, what on earth are we doing to save this planet? Do we have the cooperation of the majority of people, of governments, of private institutions, of international organizations?
So many questions to ask but we wonder if we are getting the right answers. We can’t even invite attention to these woes as the majority of people just don’t care. Much explaining has to be done for them to fathom the consequences of human abuses to nature, and the results of their inaction. Yes indeed, these global problems are too big for our eyes to see, hence our apathy toward them. The contrast is deepening—we are faced with these alarming situations yet we hardly do anything to resolve them in our own little ways.
We know, for instance, that the air is getting toxic with pollutants, yet people continue to burn plastic and rubbers; vehicles to include giant ships continue to emit hazardous fumes into the air; and numerous factories keep on darkening the skies with their smokes. We are aware that bodies of water are getting darker with rubbish, yet people keep on throwing their garbage into the rivers and beaches, releasing their wastes into the sea. We learned that trees and forests help preserve the environment, but people keep cutting them wantonly without bothering to replace them.
Humans are guilty of destroying and messing up natural creations. Since they are rapidly increasing in number, we can only expect more destruction to nature in the coming years. Unless something drastic is done to alter these trends, the world is up to chaos and decay, to our soon demise. World governments, take the lead in salvaging the earth from an inevitable doom.