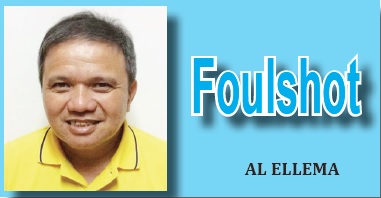 People of a victorious town are gleefully thankful as they hear with gladness the sound of their church bells that were stolen from their ancestors by American soldiers. The bells were reportedly taken as war booty for the loss the well-armed American soldiers suffered at the hands of gallant Filipinos who fought their oppressors with long bolos and local weapons. History tells that it was a triumphant day on 28 September 1901 when one Valeriano Abanador led his townsfolk of Balangiga to rise against the Americans who were lording over in abusive way the people of their town. It was the injustice and oppression by American soldiers that triggered the townsfolk to muster their courage, unite their warm bodies and plotted their fight against the mighty enemies.
The victory proved the grit and wit of Filipinos who earned their place in history for what would be the only recorded win over the Americans. The defeat would cause American soldiers’ reprisal by turning the place into a howling wilderness and killing many innocent lives in the aftermath. Indeed, the wanton attack on innocent townsfolk was very telling of how Americans treated Filipinos. Later claims of being their friends are tainted with deception aimed at gaining the trust of a people they ones oppressed and abused. The events that followed showed no remorse for the killings the American soldiers perpetrated against the people of Balangiga. The friendship had underpinnings of American interests to the disadvantage of the Filipino people.
Over a century passed that the people of Balangiga celebrated what was dubbed as “Balangiga Massacre”. It was reminiscent of that triumphant day when local folks mustered their courage that led to the massacre of American soldiers. The people took honor for the bravery of their ancestors who fought the well-armed enemies despite their inferior arms and the frailty of their warm bodies. They only have enormous courage and determination when they staged that attack using the church bells as their sounding message to signal the attack upon their unsuspecting oppressors. The annual celebration had been festive and colorful reenactments of the events that took place on that 28 September 1901. The drama of the celebrations were lacking in that the church bells were looted by the Americans and too far from the town where they belong.
The longing for the church bells had been long battle by several administrations negotiating with the American government to return the bells to Balangiga. The long fight for the church bells culminated under the Duterte administration which successfully persuaded the Americans to return the church bells to Balangiga. The journey home for the church bells became a reality after over 117 years when the people of Balangiga and the entire Filipino nation saw for the first time the three bells that were taken from across the globe.
It arrived Balangiga on 15 December 2018 to the hallowed grounds of the Parish of Saint Lawrence, Deacon and Martyr for the people of Balangiga to see and hear its sound once more. It will continue to remind us all every time we hear the Balangiga bells ring.
comments to alellema@yahoo.com