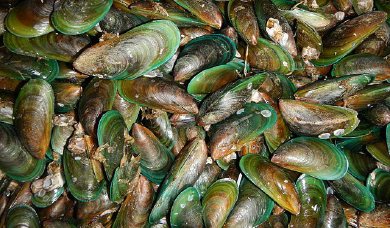 TACLOBAN CITY – Red tide bloom has recurred in San Pedro Bay in Samar province just a month after it was declared toxin-free, the Bureau of Fisheries and Aquatic Resources (BFAR) reported on Friday.

BFAR-8 (Eastern Visayas) head Juan Albaladejo said the recurrence of red tide in the bay in Basey town happens because the bay has shallow parts that contribute to the interaction of warm and cold weather.

“This triggers the red tide-causing dinoflagellates cyst to migrate to (the) water surface and expose to accompanying sediments laden with organic matter. It fertilizes the microorganism, causing red tide,” Albaladejo said in a text message.

San Pedro Bay in the coastal waters of Basey and Marabut towns in Samar is a rich source of shellfish in the southern part of Samar Island.

The latest advisory said the red tide toxins also remain in the coastal waters of Guiuan in Eastern Samar, Cancabato Bay in Tacloban City, and Irong Irong Bay in Catbalogan City in Samar.

“We have been issuing precautionary advice to the public to refrain from gathering, selling, and eating all types of shellfish and Acetes sp. locally known as ‘alamang or hipon’ from the said bay,” Albaladejo said.

Fish, squid, crab, and shrimp gathered from these areas are safe to eat provided that all entrails are removed and washed thoroughly with running water before cooking.

The BFAR asked local government units to heighten their watch against the gathering, trading, and consumption of shellfish to prevent the incidence of paralytic shellfish poisoning (PSP).

PSP occurs from ingesting bivalve shellfish, such as mussels, oysters, and clams that contain red tide toxins. Its symptoms include the tingling of the lips and tongue, which may progress to the tingling of fingers and toes and loss of control of arms and legs, followed by breathing difficulties.

Red tide is a term used to describe a phenomenon where the water is discolored by high algal biomass or the concentration of algae. (PNA)