TACLOBAN CITY– Food products from the cities of Ormoc and Baybay were put on display during the recently-concluded food festival sponsored by the Department of Tourism (DOT) held in Davao City. 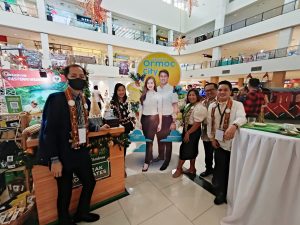 For Ormoc City, its ‘alto peak’ chocolate, which uses cacao beans, was its main food product attraction for the festival dubbed as ‘Kaon Ta, Kain Pa!’

Tourism Regional Director Karina Rosa Tiopes led the delegation from the region at the said food festival which is now on its 21st year.