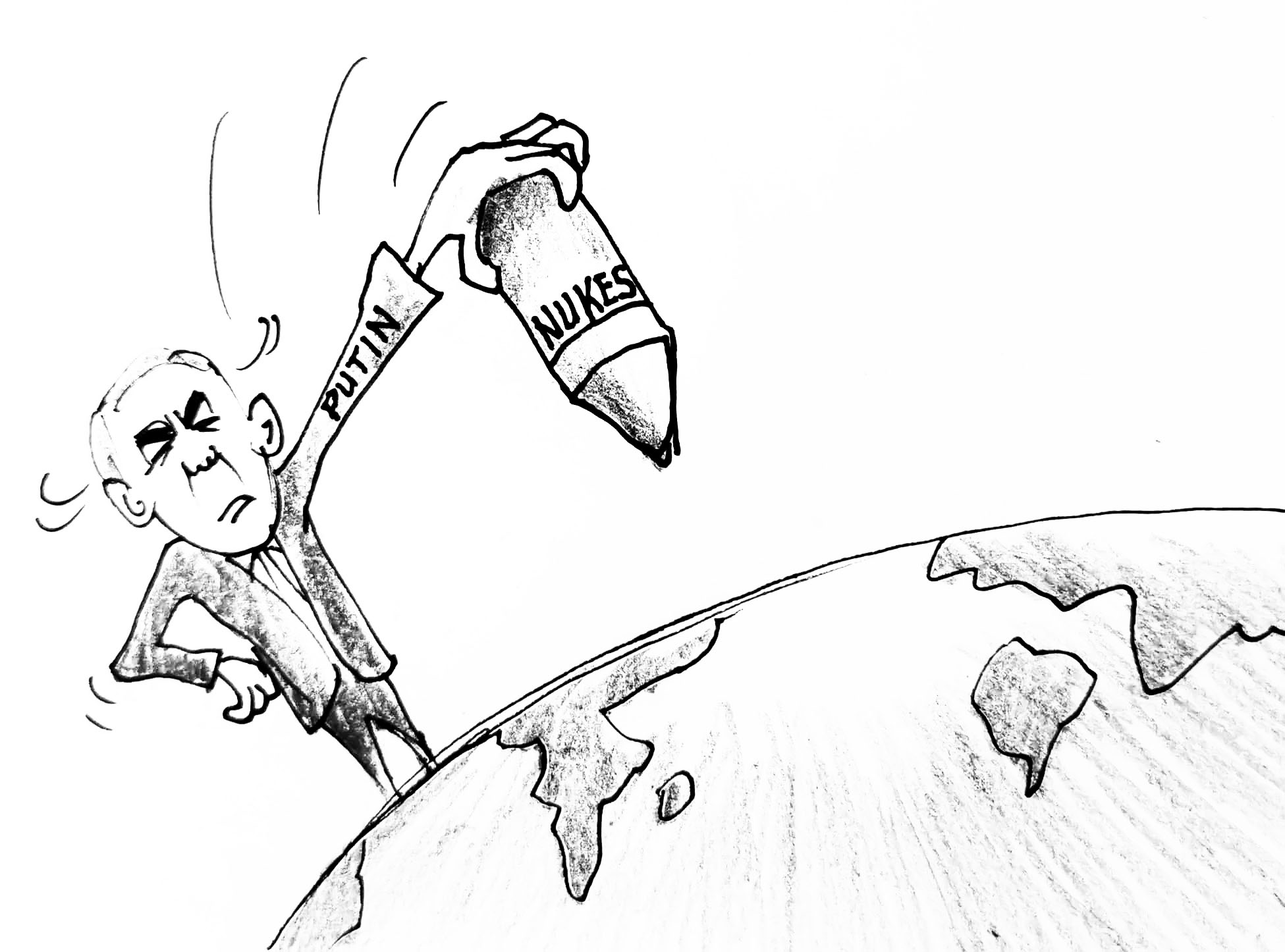 Vladimir Putin’s renewed threat to use nuclear weapons against Ukraine and the countries helping it is something that the world should not take lightly; it should be taken seriously, given his kind of personality.

The recent Russian attacks that carried out his orders had targeted even the civilian populations and infrastructures. As communists, they have no regard and respect for human lives though they are non-combatants particularly women, children, and the elderly. What matters most to Putin is the attainment of his goal plans.

Once his nuclear arsenal is activated, no one can tell when it will stop. It could in fact create a salvo of nuclear missiles simultaneously hitting their targets. The problem with it is that it could provoke similar responses from nuclear-armed countries that are compelled to take revenge. This is going to be the worst scenario when the earth would be rained with nuclear weapons from hostile countries.

Unfortunately, nuclear weapons work far more destructive and deadly than conventional weapons. With conventional weapons, only the areas that are directly hit may suffer from the blast. But nuclear weapons travel far and wide after an explosion, carrying toxic chemicals in the air that could ruin the lungs, the skin, the brain, etc. And these cancer-causing gasses linger in the atmosphere for days and weeks and months.

This makes survival difficult for ordinary people who cannot afford to dig bunkers and underground tunnels that are tough enough to withstand the devastating blasts of nuclear warheads. Lucky for rich countries that could create and sustain life inside those dungeons, but most of us who live in poverty can’t help but perish, hence the need to take Putin’s threat seriously before it happens.