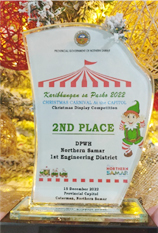 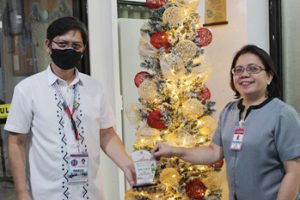 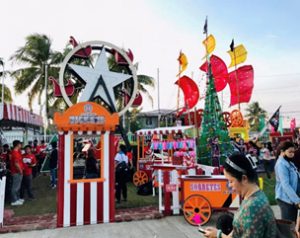 To recall, the district office established one of the famous amusement rides-ferris wheel. There were also food stalls offering free sweet treats such as cotton candies, popcorn and ice cream.

In an interview, District Engineer Mario D. Villena recognized all men and women behind the creation of said Christmas display.

“I am fascinated with the efforts put by my employees and their everyday sacrifices just to entertain and give smile to the Nortehanons who visited the Christmas display. I am sure the competition equipped and developed not only the engineering-related skills of my employees but also improved their social skills by interacting with different people from various walks of life,” said DE Villena.

The district office was awarded with a plaque and a cash prize worth P100,000.

The competition is now on its sixth year and was organized by the provincial government of Northern Samar which aims to promote the spirit of giving, sharing and boost local tourism. (PR)