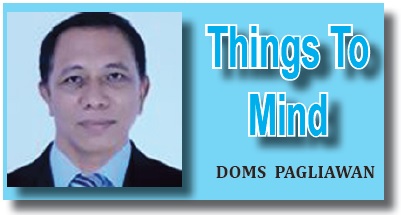 If you will be made to describe the sexy female figure, how would you do it? Are you going to use the typical measurement of wrapping the tape measure around the subject’s bosom, waist, and hips to come up with, say, 36-24-36 centimeters? Or you are just going to wrap the lady in your arms to see if your hands meet on her back?
Why are most people, especially the men, so particular with the so-called coca-cola figure? What’s the big deal about this body shape, and why go for it? Well, as common knowledge has it, it’s what they call sexy, the female image that the world craves for. So much hype has been attached to it—it’s been, to use the biblical terms—magnified and glorified.
It’s no wonder why men, in general, salivate at the sight of such bodies, it even topping their lists of female attributes that they are looking for. Ladies, on the other hand, are doing everything they can to trim their bodies into such shape—exercise, weights, diets, gyms, name it. Some would even dehydrate themselves into skin-and-bones as a result, depriving their tummies of foodstuffs, their bodies, of essential nutrients.
But if we will consider what the Bible says, man’s sexual attraction to a woman falls under the so-called lust of the flesh. Notice the word “flesh”, and its lust. It must be literal. We lust after the flesh, not bones. If a woman is reduced into a bony figure wrapped in skin, she is already rid of flesh, hence with nothing to lust after. And surely, men do not like the idea of bumping into bones—they want flesh.
And so, the ancient concept of female sexiness shown by antique paintings and primitive sketches is right—to be deemed that sexy, women ought to possess not just beauty but enough flesh as well. Look at those paintings of women from the ancient times to the medieval and the renaissance periods, they are mostly chubby. It seems that, the chubbier they were, the sexier they appeared. They have plenty of flesh in their bodies; fleshy, so to speak. When men got attracted to them, it was lust for soft flesh, not for hard bones.
It’s only in modern times when this concept of a sexy female shifted from being chubby to being slimy, eheste, slim, to the great dismay of women who are advancing in years, and whose personalities had become sophisticated they can’t anymore be contained in thin figures. The underscoring of this new image is such that, in most beauty pageants, it is highlighted as one of the most important criteria. Print and TV commercials likewise emphasize it, invading the consciousness of present-day civilizations.
Perhaps, the best judge to consult over this issue on which female figure is really sexy is man’s basic instinct. What is it that their masculine instinct really craves for—the shapely, or the shapeless? The curves dictated by the bones, or those that are substantiated by fat, I mean, flesh? An abundant figure to hug, or a hollow presence that could almost resemble a ghost?

Be truly poor to be truly rich