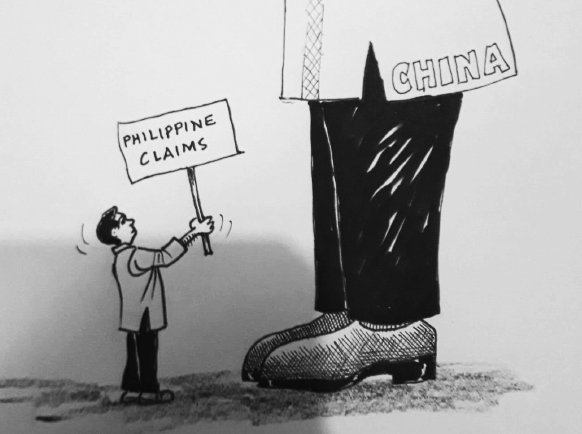 Critics of President Rodrigo Duterte find it inappropriate that the president raised the Hauge ruling to the Chinese president quite apologetically. They wanted it done in an assertive manner, with a demanding tone, knowing that we won decisively in that case and that, it’s our territory that China is laying claims to in the West Philippine Sea.
Much as President Duterte could have done so, he could not help but stay calm and polite. First, he was just a visitor there, which means that he was in the enemy territory and to misbehave in anyway would put him in much trouble. Second, he was confronting a world superpower, which means that he can’t afford to provoke this giant to anger lest he be crushed into pieces with its mighty power.
Of course, again, the president could have acted defiantly, disregarding diplomacy and the above reasons, but it would have been too unwise as well. He would have been sent home empty-handed, not at all achieving anything in that official visit to China. Moreover, he may have to face further consequences, like being banned from visiting that country again, or being stripped of the present and previous grants that the country is availing.
Sometimes, we cannot put all the blame on the president. The first to blame is China itself, because it is claiming some territories that are glaringly within our territorial waters. It rejects mediation efforts from other countries since it just opts for bilateral talks between China and the Philippines. Yet when the talks are reduced to the bilateral level, it makes the same stance and doesn’t move an inch.
Can you put all the blames on the president for that? Of course not; this bully country is to blame first and foremost. We are just reacting to its territorial grabbing at the West Philippine Sea.

Thousands of Taclobanons que for single-dose Johnson and Johnson vaccine