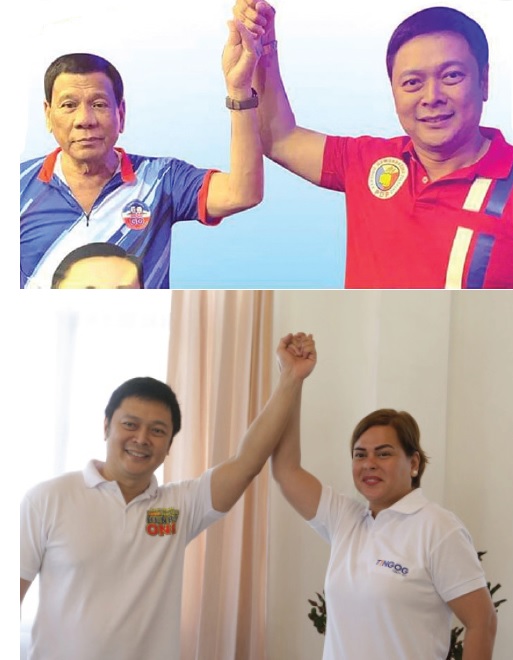 TACLOBAN CITY- Second district Representative Henry Ong is grateful with all the support he has been receiving months before the mid-term elections on May 13.
He was recently endorsed by President Rodrigo Duterte in one of the sorties of Hugpong ng Pagbabago in Isabela, presidential daughter Sarah Duterte and former special assistant to the president ‘Bong’ Go.
“I am humbled and honored by their endorsement, it makes me more eager in my campaign knowing that their support is tantamount their support to the people of the district,” Ong said.
What makes the lawmaker happier is the result of the latest survey of Pulse Asia Limited Inc. where he remain the top choice of the voting population in the second district of Leyte.
Ong garnered an overwhelming 74% trust rating compared to other candidates listed in the coming elections.
In the survey conducted last January 14-16 by Pulse Asia with 900 respondents from the 14 municipalities in Leyte’s second district, Ong got the people’s nod compare to 11 % of other congressional hopeful Karen Javier and 4 % for Niccolo Villasin.
About 11 % of the respondents are undecided.
He was unanimously chosen from the towns of Carigara, Burauen, and Dulag which has the largest voting population in the second district.
Ong also garnered significant statistical points against opponents from other vote-rich towns such as Dagami, Capoocan and Pastrana.
On January 26-29, the Social Weather Station SWS also conducted survey and the result overwhelmed the lawmaker for the people of the district still chose him to be their representative.
Ong receive the highest percentage of votes with 71% of the total 900 respondents included in the survey compared to other candidates in the upcoming elections.
Javier garnered 14% while Villasin got 3%, the other 12% remained undecided.
Ong said that his first term as congressman was fulfilling as he was able to facilitate the completion of several projects that has brought impacts to the ordinary lives of the people from his district, he also authored laws that made significant effects on Filipino lives.
It was Ong’s honor to be named as the chairman of Congress’ committee banks and financial intermediaries which is a feat for a first termer congressman like him. (LIZBETH ANN A. ABELLA)