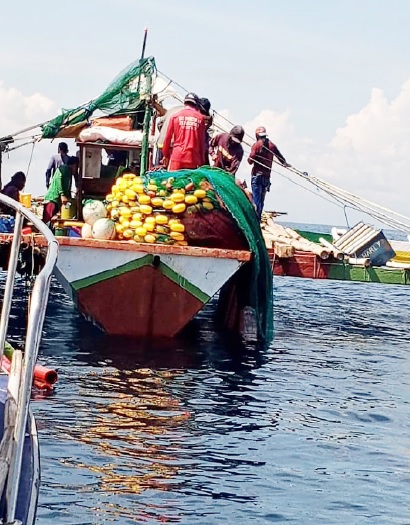 TACLOBAN CITY- The regional office of the Bureau of Fisheries and Aquatic Resources (BFAR) reported that the Irong-Irong Bay in Catbalogan City is positive of the red tide toxin.
Thus, the residents living along the coast are prohibited to gather and eat all types of shellfish to avoid getting poisoned.
Based on the examination conducted by the provincial marine biotoxin laboratory of BFAR based in Catbalogan City, the water samples collected along the Irong-Irong Bay are positive of pyrodinium bahamense variety compressum, a toxic microorganism that causes paralytic shellfish poisoning, as they were beyond the normal level of 10 cells per one liter of water.
“To safeguard human lives, while waiting for the result of confirmatory test of shellfish samples sent to BFAR Central Marine Biotoxin Laboratory in Manila, we are issuing a warning as a precautionary advice to the public to refrain from gathering, selling, and eating all types of shellfishes and Acetes sp. locally known as “alamang or hipon” from the said areas to avoid possible shellfish poisoning,” BFAR said of its advisory.
(JOEY A. GABIETA)