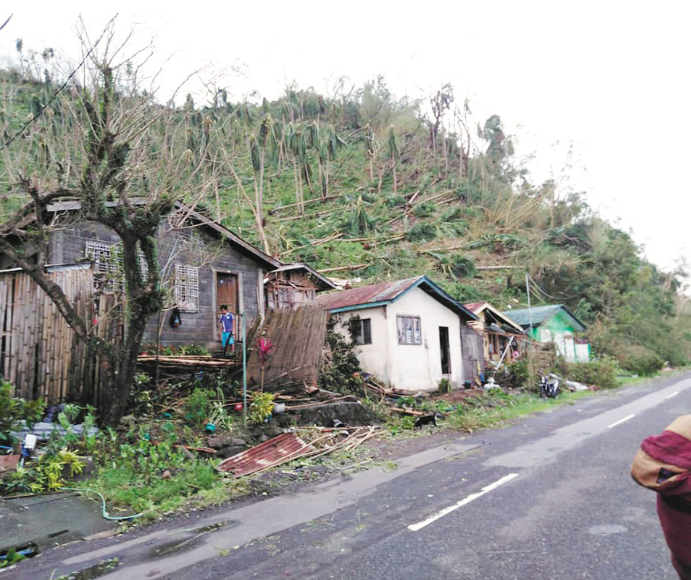 To address possible shortage of lumber amid rehab efforts

TACLOBAN CITY-  The governor of Southern Leyte has issued an order prohibiting any transport of lumber outside the province, still reeling from the devastations of Typhoon ‘Odette.’
The order, issued Jan. 7 of this year by Governor Damian Mercado, mandated all the local government units of the province to bar any transfer or utilization of lumber outside their respective areas.
The directive is meant to ensure that there will be enough supplies of lumber as the province is geared towards helping families rebuild their damaged or destroyed houses due to Typhoon Odette.
“The massive volume of fallen trees can be utilized by the local government units in Southern Leyte making it into lumber to be distributed to families with totally and partially damaged houses so that rebuilding of houses can be commenced,” part of the order of the governor said.
Based on the report of the regional office of the Philippine Coconut Authority (PCA) around 10 million trees were toppled, of which 3.9 million were classified as beyond recovery, in Southern Leyte and parts of Leyte due to the typhoon.
The same order of Gov. Mercado mandated the police to establish checkpoints that no business establishments or individuals could sneak out lumber from the province.
Also, chain saw operators from the province would be given priority in cutting the fallen trees into lumber.
Around 120,797 houses were damaged in Southern Leyte wherein 44,562 were totally destroyed.
Meantime, the PCA said that it will provide assistance to coconut farmers who were affected by Odette’s devastation.
The PCA said that about 82,358 coconut farmers in typhoon-hit areas in the region were affected by the typhoon.
It will also distribute 70 chainsaws in the province for the clearing of the fallen trees.(with report
ROEL T. AMAZONA)