Power restored except in South Leyte, parts of Leyte 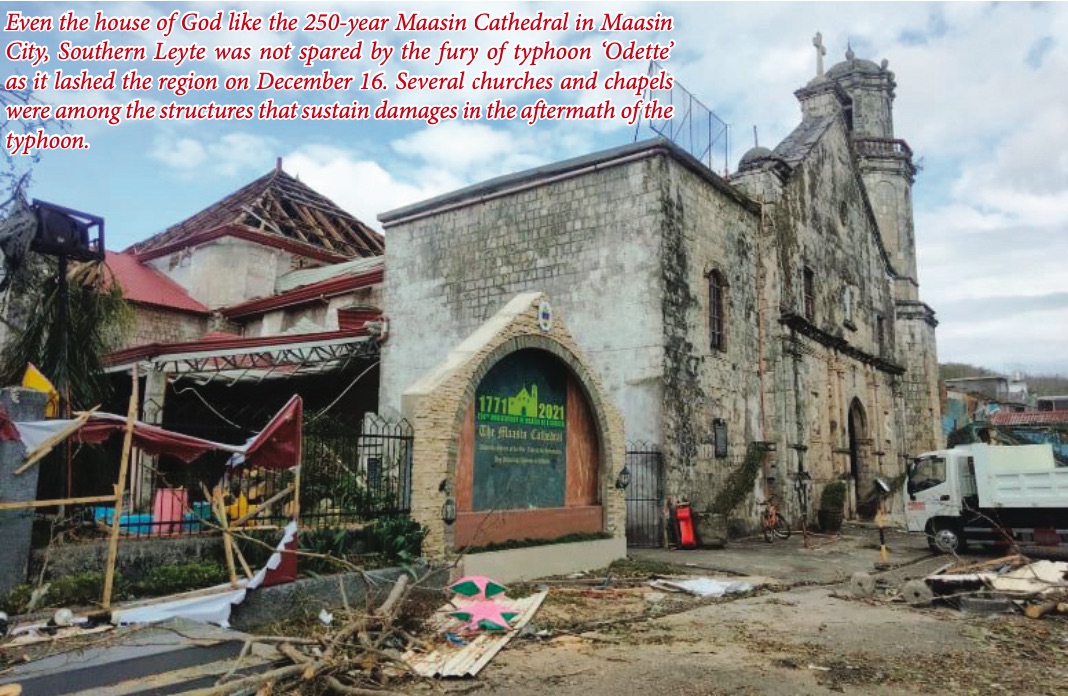 TACLOBAN CITY- The death toll in Eastern Visayas, mainly from the hard-hit province of Southern Leyte, due to typhoon ‘Odette’ has now reached to 21 with 11 missing, the Regional Disaster Risk Reduction Management Office (RDRRMO) said on Monday (Dec. 20)
The town of Saint Bernard has reported of seven deaths; San Juan, four; two each from the towns of Liloan, Sogod, and Hinunangan; and one each from Limasawa, San Ricardo and Maasin City, all in Southern Leyte.
The town of Inopacan in Leyte has reported with one death.
The missing persons, based on the RDRRMO report, were from the town of San Juan with nine; and one each from Liloan and Saint Bernard, all in Southern Leyte.
While the province of Southern Leyte, the ground zero of Odette in Eastern Visayas, and some parts of Leyte remain without power supply since the storm struck the region on December 16, power supply was restored in Samar and Eastern Samar on Sunday night and early morning respectively.
Communications in Southern Leyte remain has yet to be restored with other areas in the region is still unstable.
Meantime, to help the water needs of the people of Southern Leyte, the regional Bureau of Fire and Protection will be sending its fire trucks to the typhoon-battered area.
The entire Southern Leyte, composed of Maasin City and 18 towns, was placed under a state of calamity on Friday.
The RDRRMO said that considering of the extent of damage sustained by the province, they are calling for some donations and even volunteers.
Gen. Edgardo de Leon, commanding general of the 8th Infantry Division and member of the PDRRMO, said that the immediate needs of the victims are food, potable water, clothing, cooking kits, and even shelter, and hygiene kits, and medicine.
“We need a whole-of-region response. We are calling our people, our local government units, and volunteers. We are putting up pick-up points in coordination with the Office of Civil Defense,” de Leon said.
“Let us all help Southern Leyte,” he added.
Through a video sent by the Leyte Center for Development, a non-government organization, Alex Salvador of Barangay Hindag-an, Saint Bernard town, has called for help.
“We need food, clothing, and even tarp,” he said, adding that their house was destroyed due to Odette.
In response to this call, the provincial governments of Eastern Samar and Borongan city and Ormoc city in Leyte donated sacks of rice and other food packs to Southern Leyte as well as both the party-list groups of An Waray and Tingog.
The province of Biliran has also announced of food aid to Southern Leyte and will be extending free ride for Biliranons who were stranded or want to return from Cebu, another hard-hit area due to Odette, to the province.
Lord Byron Torrecarion, RDRRMO head, said that they have also called the attention of the Department of Trade and Industry to conduct price monitoring of basic goods.
He also said that they are also monitoring the supply of fuels and gasoline across the province which still remain without power supply.
At least 19,173 families consisting of 83,933 individuals in southern Leyte were affected by the typhoon, Torrecarion said, adding that they are still conducting their monitoring to assess as to the number of houses damaged or destroyed due to Odette.