Despite criticism of President Duterte

TACLOBAN CITY- The spokesperson of the Archdiocese of Palo in Leyte downplayed the recent pronouncements of President Rodrigo Duterte that he would not support the celebration marking the 500th year of Christianism in the country in 2021, a year before he steps down from Malacañang.
Father Chris Arthur Militante, spokesperson of the archdiocese, said that they are used to Pres. Duterte assailing the Catholic Church reason they are not taking this latest declaration seriously.
Thus, even without the support of the President, the Church in the country will mark the ‘big event’ in 2021.
Militante, however, said that the Archdiocese of Palo is still waiting for the Catholic Bishops Conference of the Philippines (CBCP) where to really mark the 500th year of the introduction of Christianity in the Philippines.
He said that the CBCP is choosing either the First Mass celebration in Limasawa, Southern Leyte on March 31,1521 or in Cebu where Rajah Humabon, his wife and the entire village became the first converts of Catholicism in the Philippines.
“We have heard several statements of the President not only Church-related but against other sectors which are disturbing. But in the end, we still believe that he will support the Church and he has faith and belief in God,” Militante said.
Pres. Duterte earlier said that he does not see any reason why he would join in the marking of the 500 year of Christianity in the country.
But Fr. Militante said that they will celebrate the milestone event.
“We should celebrate because it’s a way of our thanksgiving. That is the deeper meaning of our celebration; our thanksgiving to our Lord,” he said.
Militante said that the Diocese of Maasin, where Limasawa belongs, has been busy preparing for the ‘big celebration.’
Earlier, Southern Leyte Governor Damian Mercado said that about P200 million would be used to bankroll the various activities relative to the holding of the historical event.
Of the amount, P30 million would come from the provincial government. The main bulk of the amount would come from the Department of Tourism.
The amount would be used for the construction of a 30-feet cross overlooking the Limasawa Island where a shrine would be constructed, and a new port. 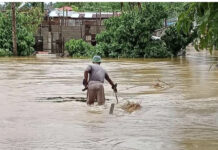 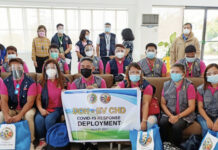