To ensure peaceful elections in 2019

TACLOBAN CITY- There will be no sacred cows in the dismantling of private armed groups (PAGs).
Thus said acting Interior Secretary Eduardo Año as he disclosed that he would ask the Criminal Investigation and Detection Group (CIDG)to initiate in the filing of appropriate charges against those behind in the operations of PAGs and the member themselves.
The presence of PAGs have been identified as one of the factors why orderly conduct of balloting during election times are affected or disturbed.
The Philippine National Police said that in the region,PAGs mostly operates in Samar.
“Our campaign against PAGs will continue and we will dismantle them. There will be no sacred cows (on this campaign),” Año said during his visit to the city Wednesday (Oct.24).
Aside from leading in the inauguration of the Peace and Resiliency Building at the regional office of the Department of Interior and Local Government (DILG), the Interior Secretary also presided the closed door meeting of the Regional Peace and Order Council (RPOC) held at Oriental Hotel, Palo town.
Samar Governor Sharee Ann Tan, who is also the regional chair of the RPOC, said that she is giving her full support on this campaign of the DILG acting Secretary.
“We have been in support in the campaign against PAGs.It has been the clamor of the provincial government of Samar to dismantle the existence of PAGs in Samar,” Tan said.
The outgoing governor, who is seeking for a congressional seat in next year’s midterm elections, had previously said that she and her family does not operate any PAGs.
The presence of PAGs in Samar has always been used as basis of the PNP and the Commission on Elections (Comelec) why the province is always considered as a hot spot during elections.
According to her, by dismantling the operations of PAGs in the province, Samar would enjoy peace and order not only during election period.
Sec. Año said that he would direct the CIDG to file appropriate charges against those who are maintaining the existence of PAGs.
“We will use the CIDG to develop a case against those people. We will file charges against them like illegal possession of firearms and other appropriate charges,” the DILG chief said.

LPA causes suspension of classes and works in Tacloban 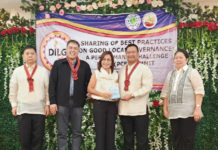 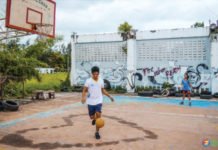 Not just your ordinary sports coach

My best Bar ever exam journey