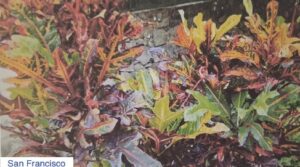 TACLOBAN CITY- The Tacloban City Environment and Natural Resources Office (CENRO) will be doing a floristic restoration of the old dumpsite in Barangay 106, Tacloban City North, according to City ENR Officer Jonathan R. Hijada, together with Site Coordinator Marito Barillo, environmental officer II.
The restoration of the old dumpsite to make it ecologically stable again is a move to convert the land into a tourist destination, in support of Mayor Alfred Romualdez’ goal to beautify the site, and his dream of bringing back Green Revolution to Tacloban City.
The soon to rise two-hectare natural floristic park will showcase local species and certain types of plants which have been carefully considered for the type of soil of the old dumpsite/park site: shrub trees (Paguringon or Kakawate), ornamentals (Kalipayan or San Francisco), and creepers (Kudzu and the local vines present in the area). Such planting activity is set to happen in August of 2020.
The natural park which will be filled with beautiful flower trees, shrubs, and creepers amidst the “greens” in the north is something for Taclobanons to look forward to a few months from now.
(TACLOBAN CITY INFORMATION CENTER)