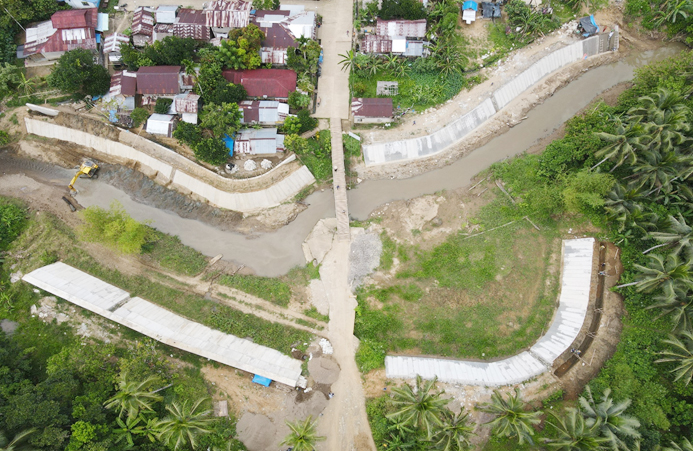 The district office began the construction of the project last February 21, 2022 and is expected to be finished within this month.

It can be recalled that on December 2021, Typhoon “Odette” brought torrential rains in the area, which severely affected the residents since they could not pass through the river due to the overflowing of water.

Brgy. Chairman Dominador V. Senining said in an interview that the said structure will greatly protect them especially during calamities.

Once completed, this flood control structure will serve as a protection to the lives and properties of residents living along Gebulwangan River.
(ANALIZA A. PABIA, PIO ALTERNATE/PR)