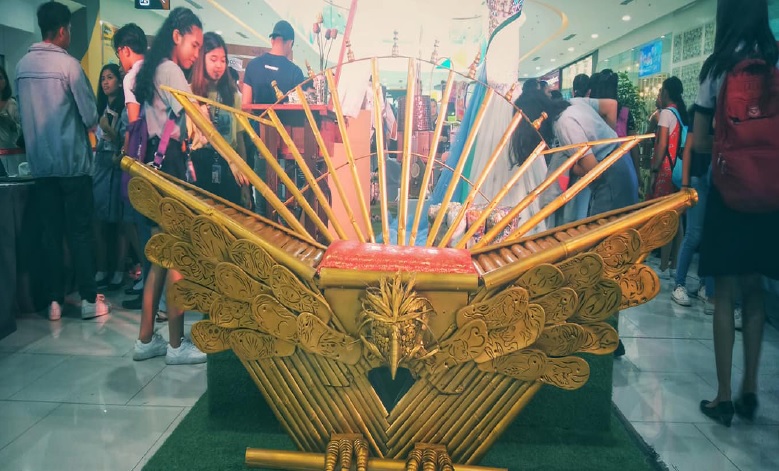 TACLOBAN CITY-At least 14 competing entries from students and five showcase entries made by local upcyclers took center stage during the first interDependence’s Ecodesign Design challenge in Eastern Visayas held in Tacloban City Friday(August 23).
“This event is called interDependence Day. This is happening simultaneously around the world. I am part of the agency’s Global Climate Change Challenge Programme, a climate leadership program that the agency is running,” said Jacques Palami, event organizer.
“InterDependence is a newly-established UK (United Kingdom) agency that is looking to work on the interdependence blueprint — a plan to fund and scale up climate solutions, local renewable energy, and sustainable food production infrastructure,” added Palami, who studied social innovation in France.
As the only delegate from the Philippines, Palami said he decided to hold the same event in Tacloban, believing that “in the fight against climate change, representation and diversity is crucial.”
“The closest interDependence Day events are in Singapore and Australia. Each event is different, the organizers have the freedom to set up an activity to his or her liking. The Ecodesign Competition is just one aspect of the interdependence Day here—we also have representatives from different social enterprises and NGOs in the region—Greenpeace, Waste 360, BeenGo Farm, CocoAsenso, Green Collectiv,” Palami said.
“We also have partners outside of Eastern Visayas–Plastic Tides PH from Manila, Cleaner Earth from Germany,” he added.
Students from Leyte National High School bagged the first place with their entry “Haribon,” followed by Sagkahan National High School with their “Multi-Purpose Table” and Samar College Inc. with their ecodesign “Pitaka ni Jackie.”
The People’s Choice went to St. Therese Educational Foundation of Tacloban, Inc. (STEFTI) with their entry “Chroma.”
“Local initiatives like Ecodesign Design challenge by interDependence promote public discourse towards climate solutions and best practices, especially among the youth. Tacloban being at the frontlines of climate impacts like Yolanda, has always been an active voice in the fight for climate justice. This sends a powerful statement to the global community in the midst of a climate emergency,” said Joanna Sustento of Greenpeace Philippines and a known climate warrior based in Tacloban.
During the event, participants were also treated to a series of mini-workshops and sessions on climate change, sustainable development, and individual waste auditing, among other topics.
The competition was co-organized by the Department of Education (DepEd) Tacloban City Division and Yellow Doors Xchange.
(RONALD O. REYES)